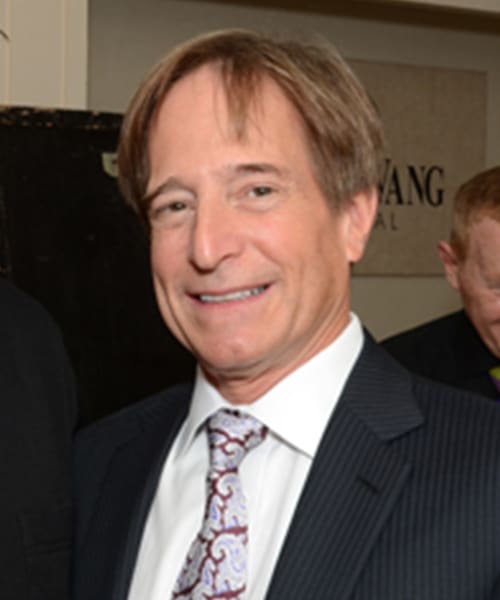 Click through the photos below to see some of the famous faces Dr. Hammond connects with at animal activism events.

Since founding Falls Road Animal Hospital, Dr. Kim Hammond, DVM, MBA, has garnered a high profile within the veterinary community. He has been a frequent speaker at animal activism events, graduation ceremonies and on local television.

"For some of us, the path to veterinary medicine runs mostly through the library… the lab… and occasionally the clinic. But for Dr. Kim Hammond, that path wasn’t so quiet – or straightforward.

"It took him three tries to get into veterinary school at a time when there were just 10 such schools in America. To earn the privilege, he tried a lot of different things.

"He worked on a farm , where he learned that horses kick backwards and donkeys kick forward. He spent time as a rodeo cowboy – the only one from Baltimore. He rode broncos. He fell off broncos. He became a licensed Farrier, a trained pilot, and an early environmental scientist. He ran footraces carrying anvils, for some reason, and had a concussion to prove it.

"All this is to say, few have walked – or rode – a dirtier, more dangerous, more dedicated path before veterinary school. But for Dr. Hammond, few have walked a gentler, more humane, or more diverse path after it.

"Today, Kim is an evangelist for endangered species, a board member of the Mountain Gorilla Veterinary Project, a purveyor of pet safety tips on the local news in his home of Baltimore, a man who has taught veterinary medicine in China and lectured on animal rights in Cuba.

"He’s been called the “veterinarian to the stars,” and counts the pets of well-known actors among his clients. Dr. Hammond has has cared for animal actors appearing in more than 60 films from All The Pretty Horses, to Pirates of the Caribbean, to Cats and Dogs, to Catwoman.

"But his most notable achievement came 31 years ago, right after he graduated from the Tuskegee School of Veterinary Medicine. That’s when Dr. Hammond founded the Falls Road Animal Hospital in his native Baltimore, one of the first veterinary hospitals of its kind in the nation.

"Today, Falls Road ranks in the top 1 percent of veterinary practices in the country – with 100,000 patients treated a year. In 2012, the success of his practice and commitment to animals led one prestigious publication to name him Maryland’s CEO of the Year.

"Now, Kim has earned all of this success – but I know it’s not what motivated him. Because if you ask him Kim why, three decades ago, he chose to practice medicine around the clock… he’ll tell you it wasn’t for profit or notoriety.

"If you ask him, he’ll tell you it was because he didn’t want to leave scared animals alone at night.

"To whom much is given, as the saying goes, much is expected. But Kim Hammond is a doctor who expects much of himself – and gives even more others. If he had a bigger heart, he’d have to diagnose it.

"And it’s for that reason that everyone – from patients in Baltimore, to actors in Hollywood… from vets in Rwanda, to the gorillas they care for – count him as a lifelong friend."